Michael Stausholm is the founder of Sprout – the company behind the first pencil in the world that can be planted and grown into herbs, vegetables and flowers. The idea behind the Sprout pencil is to plant it when it becomes too small to write with, thereby giving it a new life. Since the company was founded in 2013, Sprout has sold more than 30 million plantable pencils in more than 80 countries from its head office in Denmark.

This year, Sprout has launched a plantable makeup pencil: the Sprout Eyeliner. It is made from natural ingredients and free from microplastics. Furthermore, it is based on a vegan formula, allergy certified, enriched with active vegetable oils, made from materials from ethical sources and like the Sprout pencils produces minimum waste.

Michael Stausholm began his career in the shipping industry, working for A.P. Møller/Mærsk and travelled to Indonesia in 1993, where he lived for 14 years. His greatest interests are green entrepreneurship and sustainability. Between 1996 and 2006 he worked for companies such as Nike and Walmart helping them to establish more sustainable and responsible textile production processes. In 2013, Stausholm launched the Sprout pencil in Denmark – a product invented by three students at MIT in Boston – and founded Sprout as a company. Today, he owns all the patents and rights after having bought out the young students in 2014, and he is the company's principal shareholder and chairman of the board.

Michael Stausholm has given interviews to CNN Money, Forbes, Fortune, Huffington Post, the Daily Mail and Business Insider, and to Danish media outlets such as TV2 Nyhederne, TV-Avisen, TV2 News, in addition to a wide range of other international outlets. He writes blog posts for the Danish financial daily Børsen and for the Huffington Post and he has ample experience as a public speaker. He has spoken on behalf of the United Nations, at the Sustainable Brands Conference and at a number of public and private events. 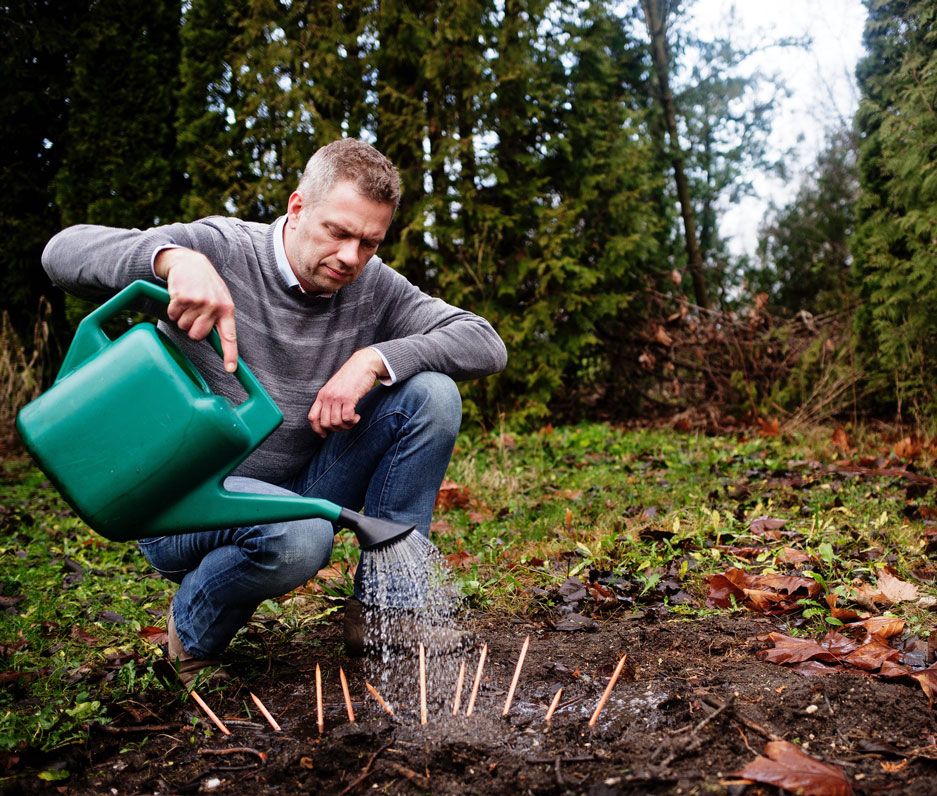 Sprout was founded by Michael Stausholm in 2013. The idea behind the sustainable pencil came from three students at the Massachusetts Institute of Technology (MIT) in Boston. The students were all robot engineers, but they were challenged at a design course to develop a piece of sustainable office equipment. They came up with the concept of a plantable pencil and shared their idea on the crowdfunding website www.kickstarter.com. In 2013, Michael Stausholm launched the Sprout pencil in Denmark and in 2014 he bought all rights to the product, including patents, IP rights and the right to sell the pencil globally.
Today, the Sprout pencil is available in more than 80 countries and more than 30 million plantable pencils have been sold since 2013. 85% of customers are companies and organisations who have their logo engraved into the pencils to use them as green giveaways. Some of Sprout's customers include IKEA, Toyota, Coca-Cola, Marriott, Disney and Porsche. The pencils are sold to private users on Amazon in six different countries, including the USA, UK and Canada, and the product range now also include makeup pencils.
The pencil is an easy way to illustrate what sustainability means and it is a symbol for the possibility to give products a new life after use. It is the perfect counterpart to our throw-away culture and its sustainable profile is one of the key reasons for its popularity.
Sprout's mission is to inspire a more sustainable mindset both among companies and among consumers. Small steps add up and make a difference in the end. If you can plant a pencil after use, what else can you do?

In 2021, the Sprout Eyeliner was introduced. Just like the Sprout pencil it produces minimum waste after use as it is plantable and thereby obtain a second life. The Sprout Eyeliner is based on a vegan formula and materials from ethical sources, allergy certified and not least developed without microplastics.